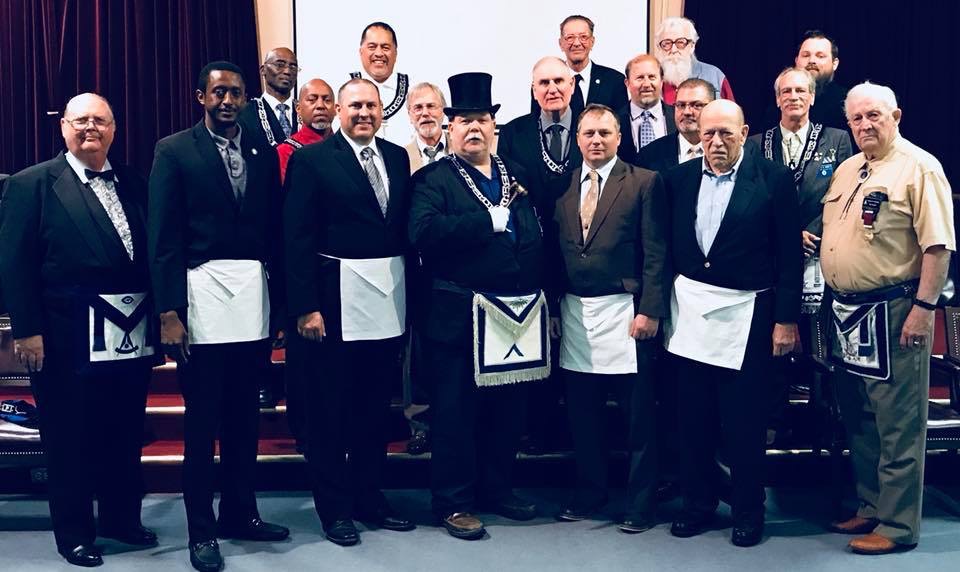 This picture was taken the evening of several '3rd degree' conferrals.

A lodge generally meets only twelve times per year for Stated Communications so even though this picture was taken in 2018 it is considered very recent. 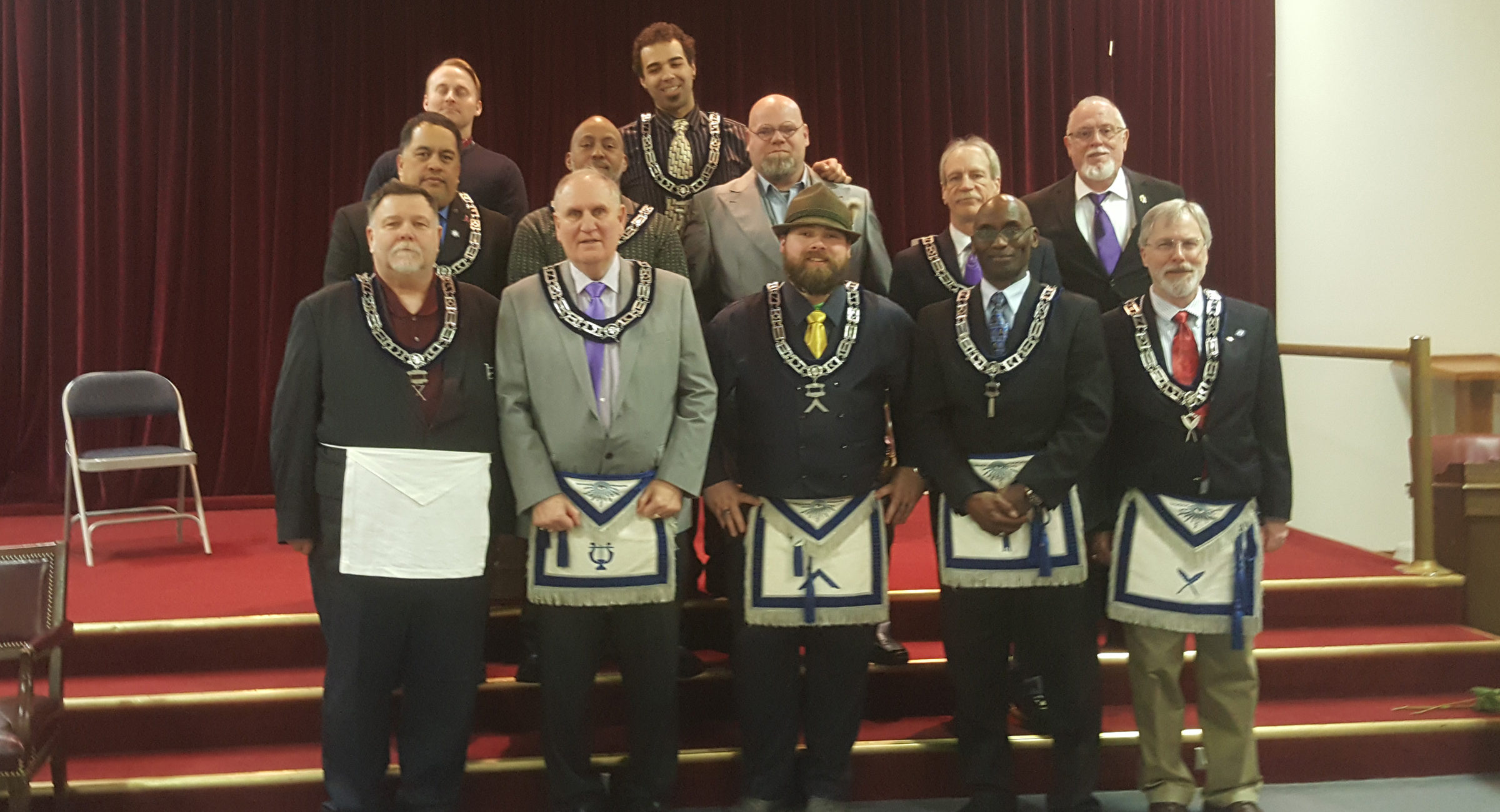 A lodge generally meets only twelve times per year for Stated Communications so even though this picture was taken in 2017 it is considered very recent.

Fairweather No 82 is one of several Freemason Lodges in Tacoma, WA.

Freemasonry is considered by most scholars to be the oldest fraternity on Earth but the exact origins are frequently discussed by brethren the world over.  Calendar year 1717 is the year that nearly everyone agrees was the birth of 'modern freemasonry.'

Coincidentally, the Grand Lodge of Washington came about after 1846, before Washington was even a state.

“MASONIC NOTICE”
“The members of the Masonic Fraternity in Oregon Territory are respectfully requested to meet at the City Hotel, on the 21st inst., to adopt some measures to obtain a Charter for a Lodge. – February 5, 1846.

Today, in the mid 2020's Freemasonry in WA state has over 8,000 members in many lodges across the state.

Officers of a Masonic Lodge are elected annually and generally server for a year.  Since 1885 when Fairweather Lodge No 82 first began meeting, we have had over 100 Masters, and many hundreds of brothers all over the world.

Grand Master Thomas Amos granted the dispensation for Fairweather Lodge in Tacoma on October 1st, 1889, to Warren F Harris and 11 others. The Charter is dated: June 15th, 1892. This Lodge is one of only two named after living persons, alive at the time of being Chartered.

Fairweather earned the nickname of the “Railroader’s” Lodge, as its first Master, and 8 of its first 12 Masters, were employed by the Northern Pacific Railroad here in Tacoma. Most recently, we are known as the “Friendly” Lodge for our comraderie and brotherly fellowship in welcoming Brothers, olde and new alike.

Eric joined fairweather in 2012. He is married and a father. He works with local youth sports programs as a coach and referee. 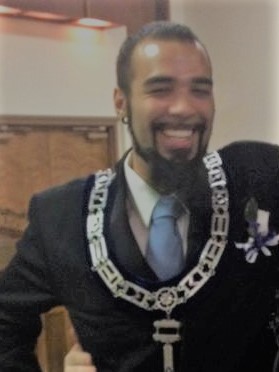 Hunter is a past master councilor of Tacoma Chapter order of Demolay. He joined Fairweather in 2007. 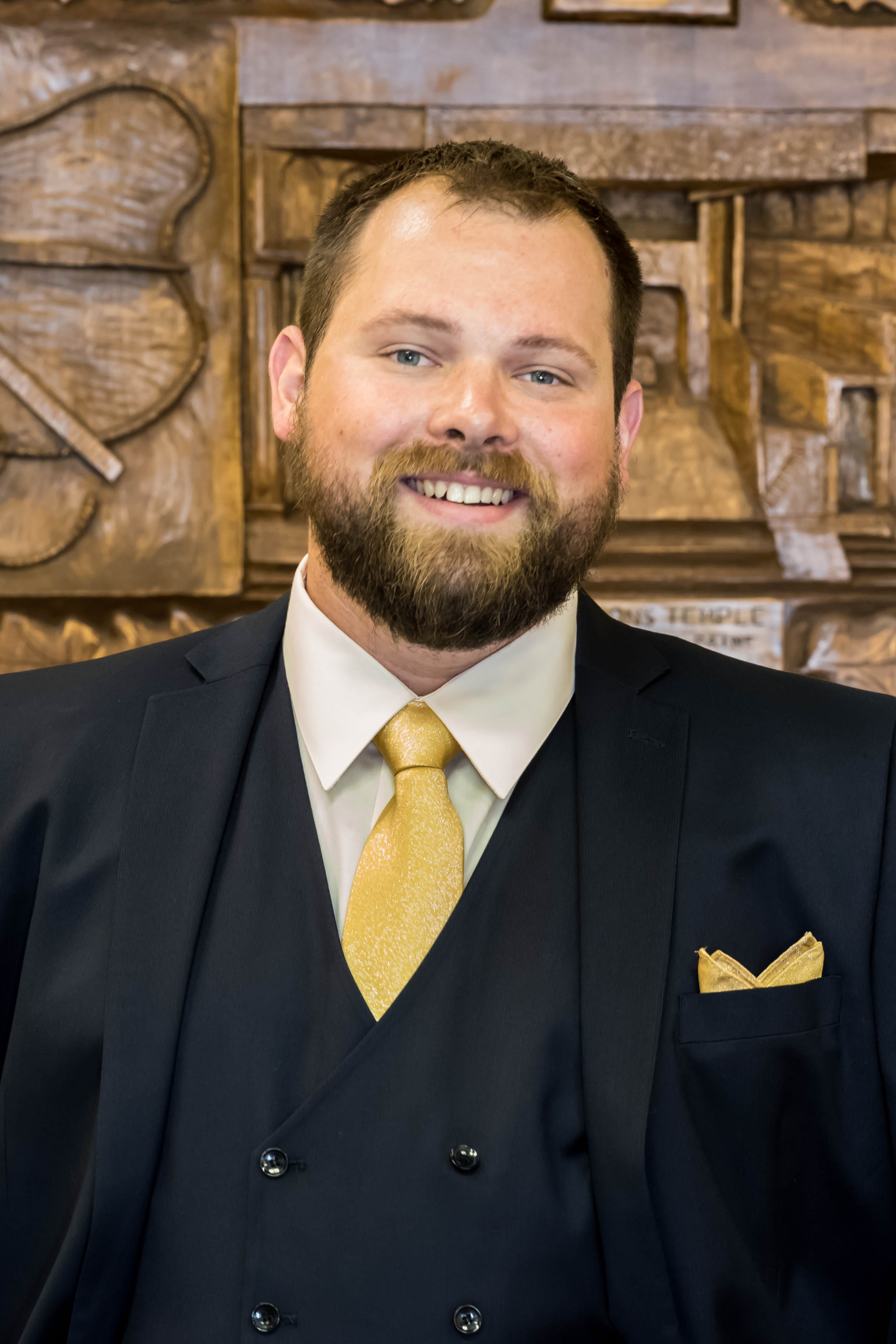 Aaron is a past master councilor of Tacoma Chapter order of Demolay. He joined Fairweather in 2006. He is married to Jessica and has two children.

Many people consider joining the wolds oldest fraternity, but they do not know how.

Becoming a Freemason is not complicated.  You simply should reach out and ask to attend one of our dinners before any lodge meeting, then if after you've met us in person, if there is still interest from you  and us in you, then you'll be granted a Petition which is very similar to any typical application such as name, address, telephone number and some general personal information.

Then an investigation committee is formed to meet with you and your family privately, and ultimately a vote by the Lodge to accept a new petitioning member.  Upon successful completion of this, your First degree 'initiation' is scheduled.

You can begin this three to six month process by contacting the Lodge Secretary and inquiring about our next Lodge Dinner.  You are heartily welcome and we look forward to meeting you.